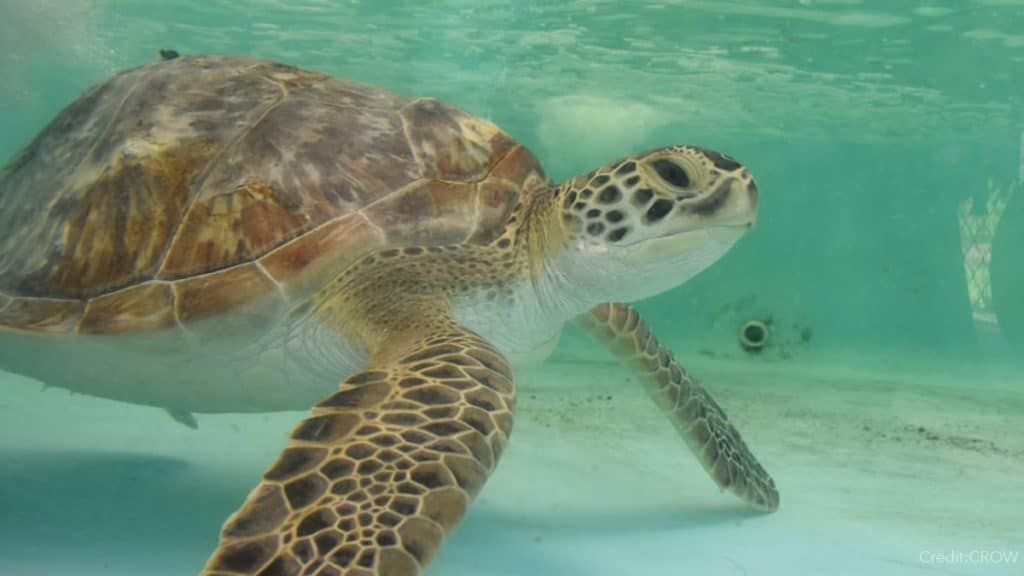 Two sea turtles being treated at CROW on Sanibel

SOUTHWEST FLORIDA – Two sea turtles are in recovery at the Clinic for the Rehabilitation of Wildlife on Sanibel.

A green sea turtle was rescued on May 21 after it was found floating and suffering from symptoms of red tide. Wildlife experts said the turtle also had a shell deformity that could have been the result of a birth defect or past trauma.

CROW said the deformity won’t prevent the sea turtle from being released once it’s ready.

The hook was removed, but the sea turtle is still recovering from its buoyancy issue and limited use of its hind legs, possible caused by a previous trauma, CROW said.

CROW posted about the two sea turtles on Tuesday, which is World Oceans Day — a day to help inform the public of the impact of human actions on the ocean.

The post Two sea turtles being treated at CROW on Sanibel appeared first on NBC2 News.