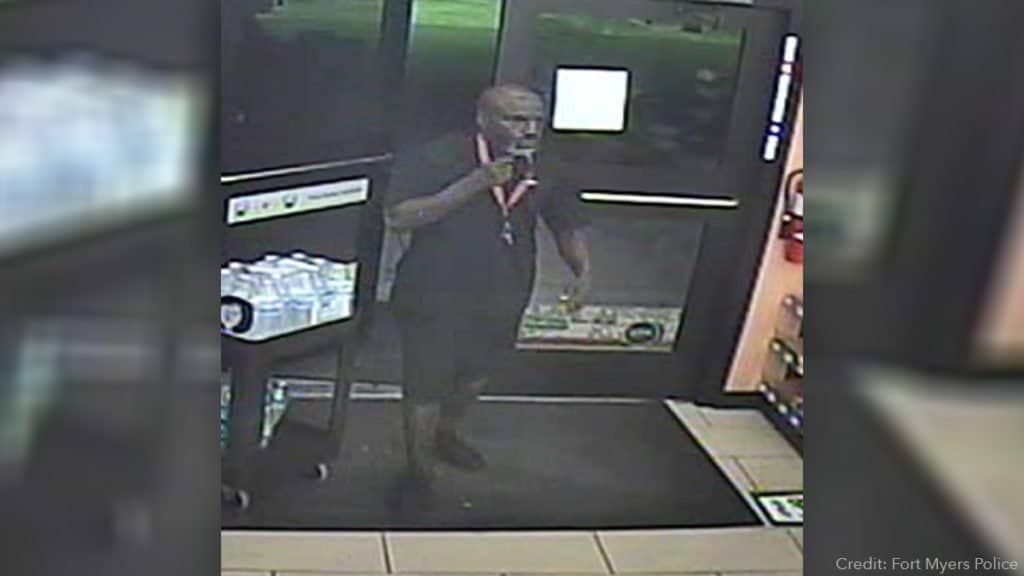 FORT MYERS, Fla. – Fort Myers police are trying to identify two men who stole from a Fort Myers 7-Eleven convenience store while an employee was having an overdose.

Officers released images of the two who reportedly committed grand theft from the store, located at 2265 Colonial Boulevard, on February 17, 2021.

Investigators said the thieves were seen on store surveillance stealing multiple cases of beer and cigarette cartons, resulting in about $15,000 in total losses.

The employee was unconscious in the bathroom when the thefts occurred multiple times between 1:20 a.m. and 3:20 a.m., officers said.

Fort Myers police said the employee is no longer employed at the 7-Eleven and all attempts to contact the store employee and any other witnesses have been exhausted.

Tips can be called into the Fort Myers Police Department or Crime Stoppers at 1-800-780-TIPS to be eligible for a reward.