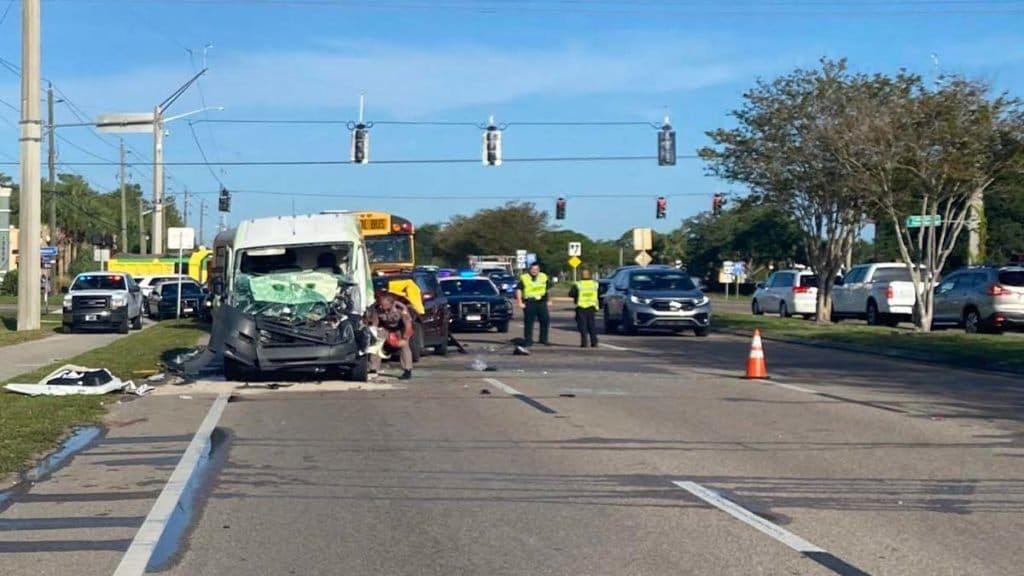 A box truck, van, SUV, and school bus were involved in the crash that briefly shut down eastbound traffic on Daniels Parkway. One lane of Daniels Parkway has been reopened.

The driver of the van was seriously injured and the SUV driver was also injured. Both were taken to a nearby hospital.

No children were on the bus at the time of the crash.