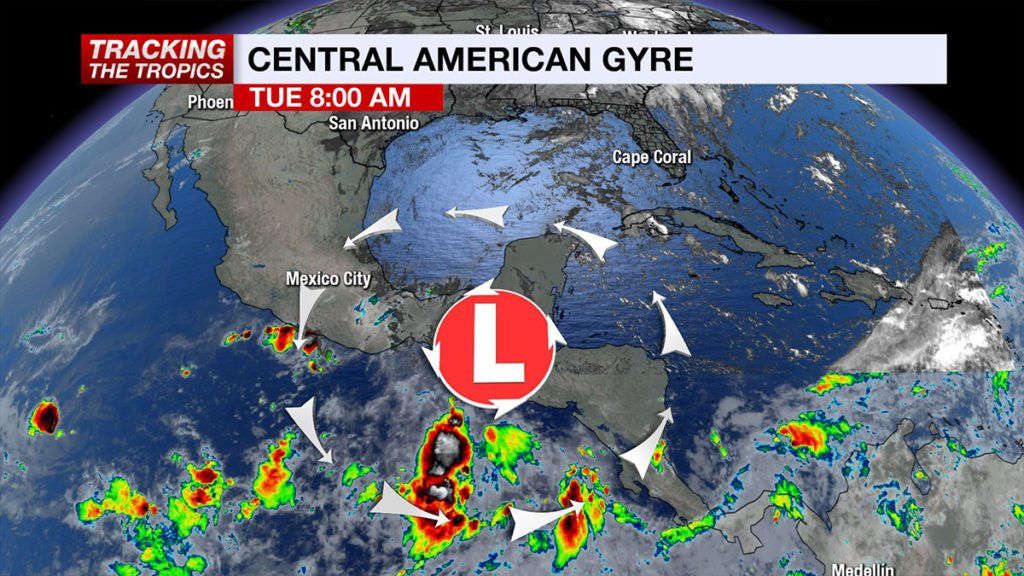 If anything ends up forming here, it’s going to take some time and not the type of system that would blow up overnight into a strong storm.

The area being monitored is part of a larger circulation that’s common over Central America this time of year that’s referred to as the Central American Gyre. This broad circulation sometimes can create smaller swirls that can grow into tropical systems.

While the current odds of development are relatively low at 30%, the Caribbean and Gulf of Mexico are historically areas to watch in June for potential development, so even if this system doesn’t develop, we’ll still need to keep an eye on other potential circulations that could form near Central America or the Gulf of Mexico

Generally storms that manage to develop early in the season (in the month of June) tend to be weaker systems due to higher wind shear over the tropics and overall more hostile conditions for tropical development.

The next tropical storm that forms will get the name Bill.