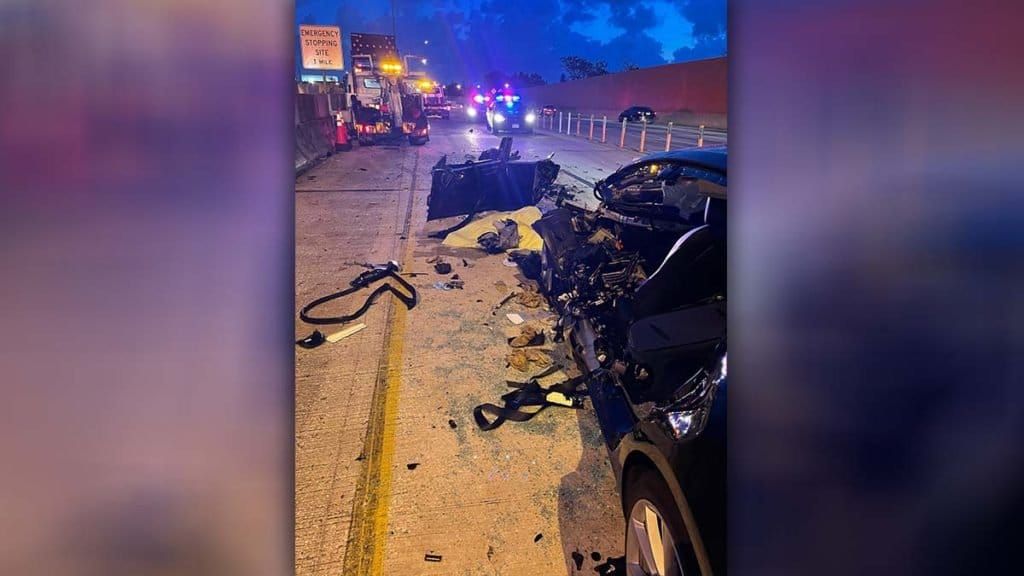 MIAMI, Fla. — A person behind the wheel of a Tesla sedan slammed into a Florida Department of Transportation Road Ranger on Interstate 95, officials said.

The Road Ranger was blocking the left northbound express lane of I-95 near NW 103 Street in Miami. A black Tesla heading north slammed into the back of the pick-up truck that had two people inside.

Traffic cones, emergency lights and an arrow board were all being used by the Road Rangers before the crash.

Florida law requires drivers to move over a lane — when safe to do so — for stopped law enforcement, emergency, sanitation, utility service, tow trucks, and traffic crashes. If you can’t move over, drivers should slow down to 20 MPH or less.

The post Tesla slams into FDOT Road Rangers stopped for a crash on I-95 appeared first on NBC2 News.