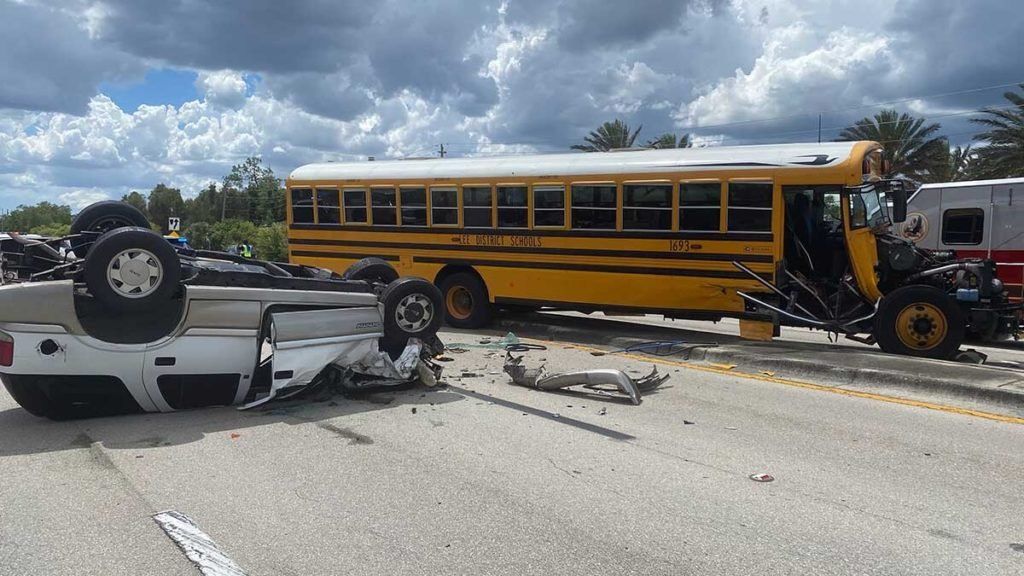 LEHIGH ACRES, Fla. – Four students were injured after an SUV slammed into a school bus on Lee Boulevard in Lehigh Acres on Tuesday afternoon.

The crash happened at the intersection of Lee Boulevard and Edwinstone Boulevard. The school bus was pulling out of a nearby community. The driver of the SUV did not have time to stop and slammed into the school bus, rolling over in the process, troopers said.

There were 10 kids on the bus as well as the driver. Troopers said one or two kids were taken to the hospital with what appeared to be minor injuries. Witnesses said the kids seemed to be about high school-aged.

There were two high school-aged kids in the SUV. Both were taken to the hospital but the extent of their injuries is unknown.

Troopers are working to determine who is at fault in the crash.

Eastbound lanes of Lee Boulevard are shutdown while troopers investigate the crash. Florida Highway Patrol expects Lee Boulevard to be back open by 5:30 p.m. at the latest.