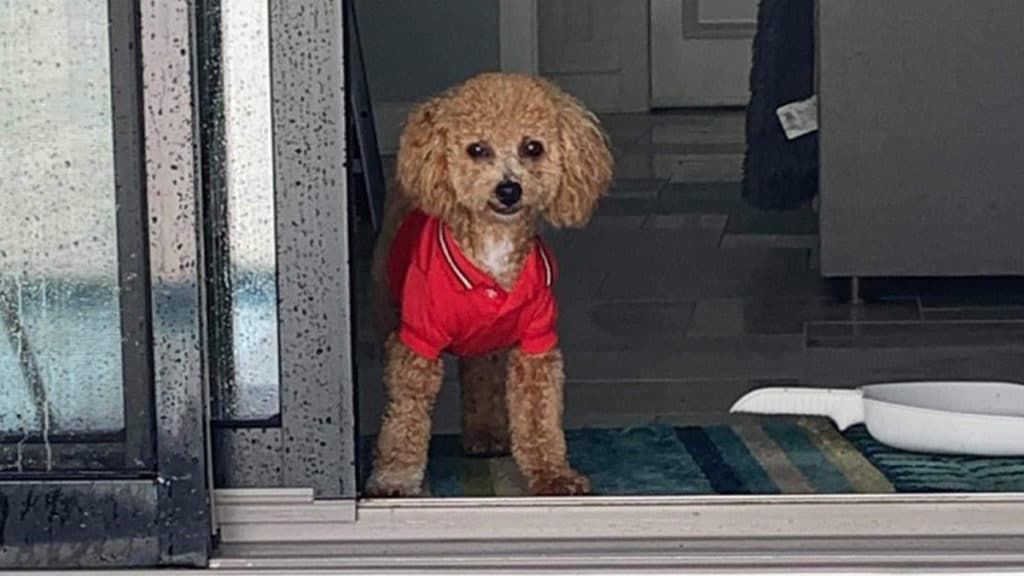 NAPLES, Fla. – Police returned a missing dog after the pup escaped a patio and was making his way to a nail salon in Naples Plaza, according to the dog’s owner.

The 1-year-old male Poochon named ‘Scooch’ was left on an outside patio when his owner went to a nail salon.

The owner said Scooch has been to the nail salon before and is familiar with it.

Scooch broke through the patio screens and had nearly made it to the nail salon when a good samaritan found the dog and called police, the owner said.

Officer Mike with the Naples Police Department scanned the pup for a microchip and was able to have dispatch text the dog’s owner.

Police delivered Scooch to dog’s owner at the nail salon. The pup was reunited with his owner with a big smile on his face.