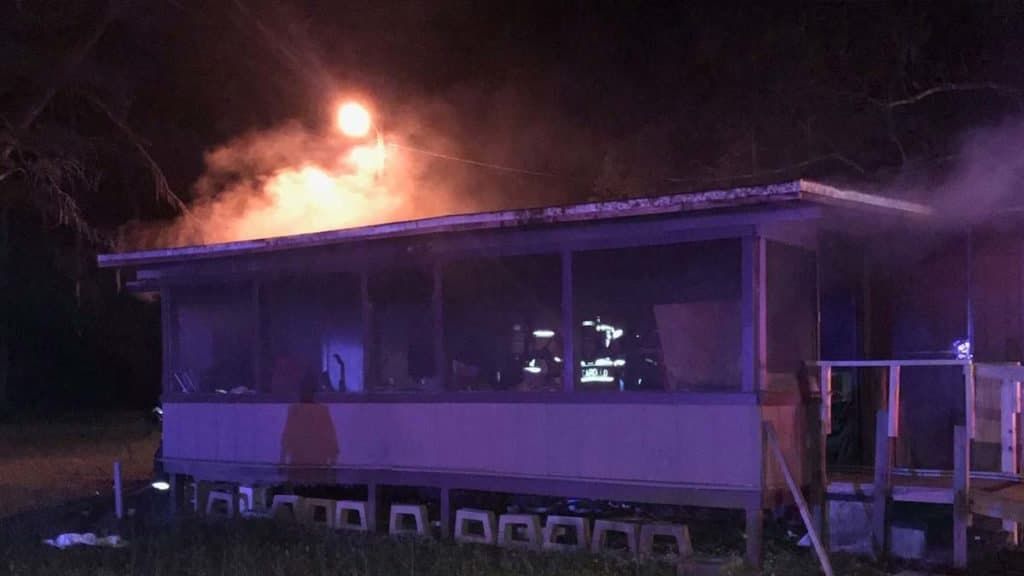 HERNANDO COUNTY, Fla. — A 63-year-old disabled woman made it out alive after her home erupted in flames when her oxygen hose caught fire as she was smoking in bed, officials said.

Deputies with the Hernando County Sheriff’s Office responded to reports of a structure fire in the 800 block of St. Francis Street in Brooksville around 2 a.m. on Thursday. A paralyzed woman and her two dogs were trapped inside, deputies said.

The woman told 911 dispatchers that her oxygen hose caught on fire while she was smoking in her bed and her bedroom caught on fire as a result, deputies said.

HSCO deputies K. Keiper, D. Hadsell, M. Beebe, and E. Croan rushed inside the burning house, lifted the woman out of her bed and into a wheelchair so she could get a safe distance away from the fire. They also saved her two dogs.

Firefighters arrived at the scene a few minutes later to extinguish the fire.

The paralyzed woman suffered severe burns on her arms and legs, deputies said. She was taken to a nearby hospital for treatment.

The post Paralyzed woman rescued from fire that ignited while she was smoking in bed appeared first on NBC2 News.