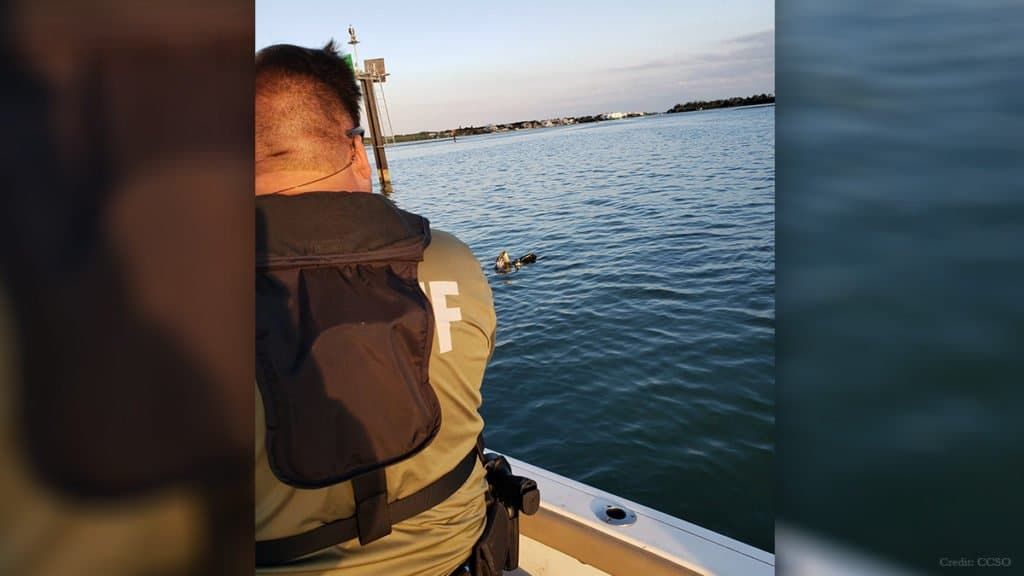 CHARLOTTE COUNTY, Fla. – A Charlotte County deputy jumped into action to rescue an osprey that seemed to be unable to fly from out of the water on Saturday.

According to the sheriff’s office, Cpl. Williams spotted an osprey in the water near marker 11 north of Palm Island.

The osprey appeared to be unable to fly, so Cpl. Williams quickly put on his gloves and rescued the bird from the water as it was desperately trying to to grab onto the boat.

The osprey was turned over to the Florida Fish and Wildlife Conservation Commission to be taken to a treatment facility.