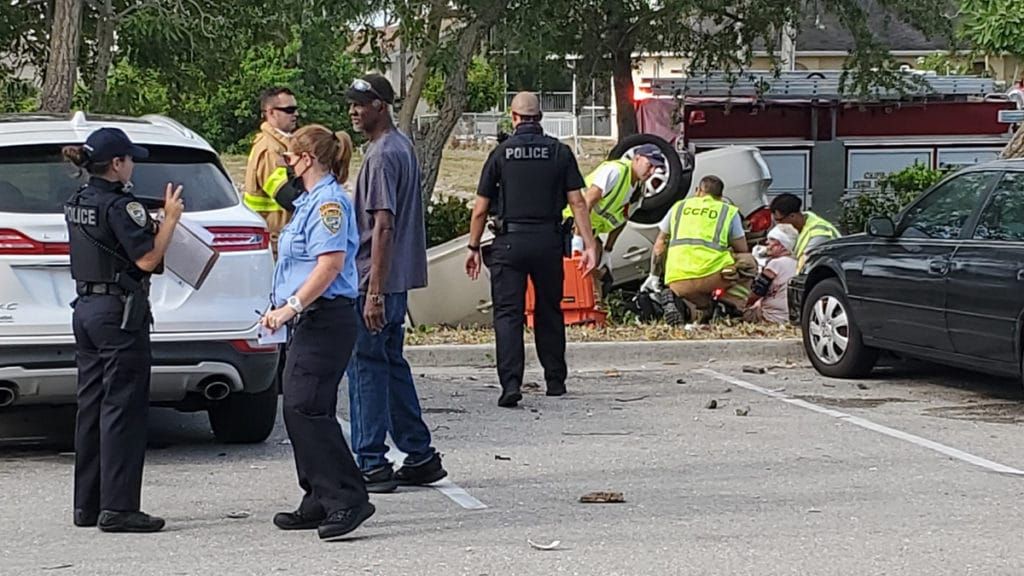 CAPE CORAL, Fla. – At least one person was injured in a rollover crash just west of the intersection of Skyline Boulevard South & Mohawk Parkway in Cape Coral Sunday.

A woman was driving a Toyota Sedan on Mohawk Parkway around 9:30 a.m. when she lost control, crossed lanes of traffic and crashed into a tree, officials said.

The tree broke in half due to the crash.

Witnesses said an off-duty firefighter and a good samaritan were able to get the woman out of the car by cutting her seat belt before rescue crews arrived.

The unidentified woman was taken to a local hospital with moderate injuries.

Investigators said the cause of the crash is unknown at this time.