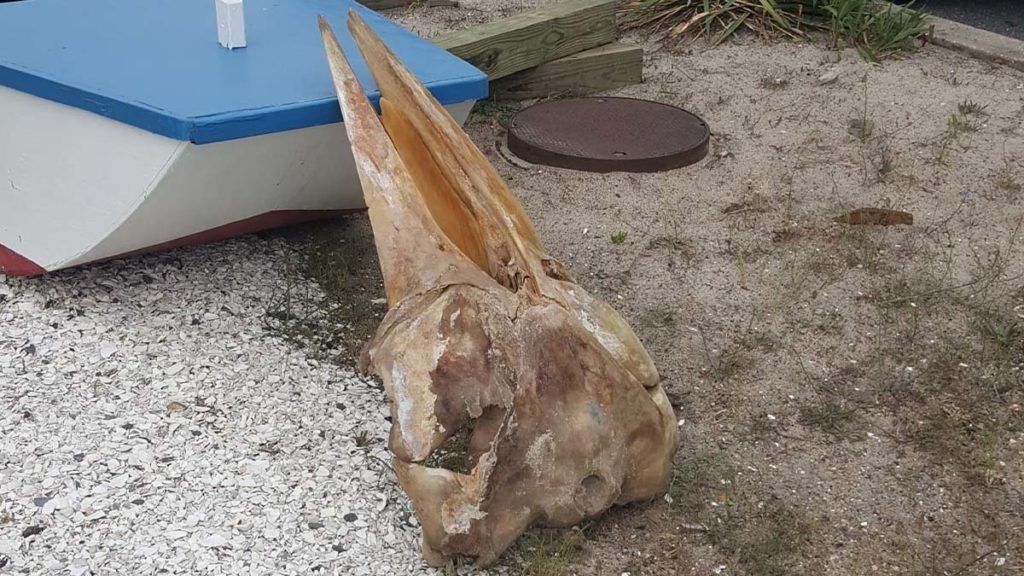 A strange looking skull showed up on the sand at Island beach State Park in Ocean County.

The New Jersey Department of Environmental Protection shared the pictures on Twitter.

Some people took to Twitter and speculated the skull belonged to a pelican, a “very dead bird from like 1,500 years ago,” and even an octopus beak.

Officials later confirmed that the bones were the ventral (lower) jaw and skull of a Minke whale.

“You never know what you’re going to find on the beach after a storm” officials said.