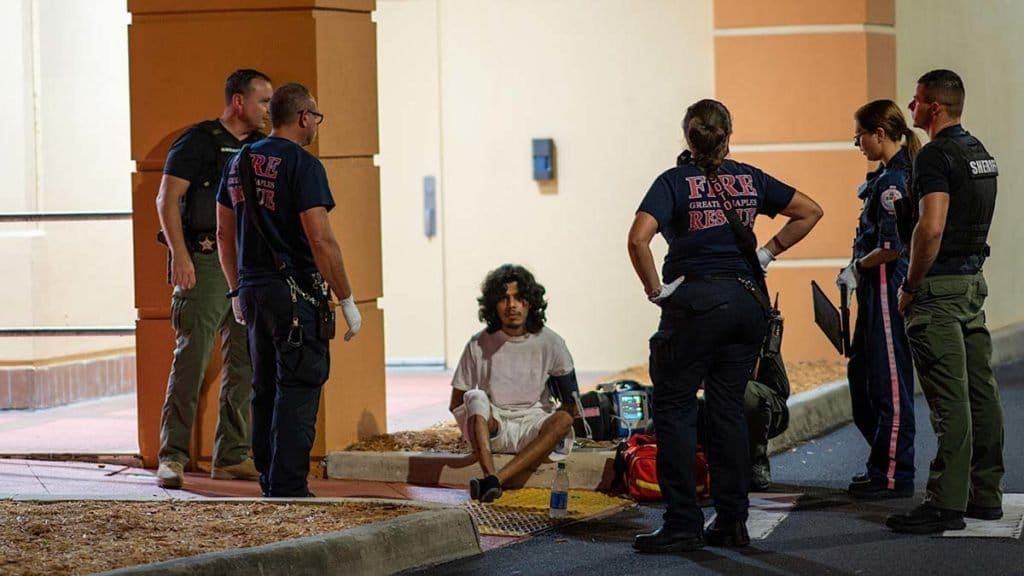 Man in custody after Collier County I-75 rollover crash

COLLIER COUNTY, Fla. — At least one person was injured in a crash on Interstate 75 in Collier County on Thursday night, officials said.

Deputies with the Collier County Sheriff’s Office and rescue crews with the Greater Naples Fire Rescue responded to the crash near mile marker 107 on southbound I-75 just after 11 p.m.

The driver ran from the crash scene and was later found at a Chase Bank in the Crossroads Market Plaza not too far from the crash. He was taken into custody.

A second person involved in the crash was taken to a nearby hospital for treatment.

It’s not known if the driver is facing any charges.

The post Man in custody after Collier County I-75 rollover crash appeared first on NBC2 News.