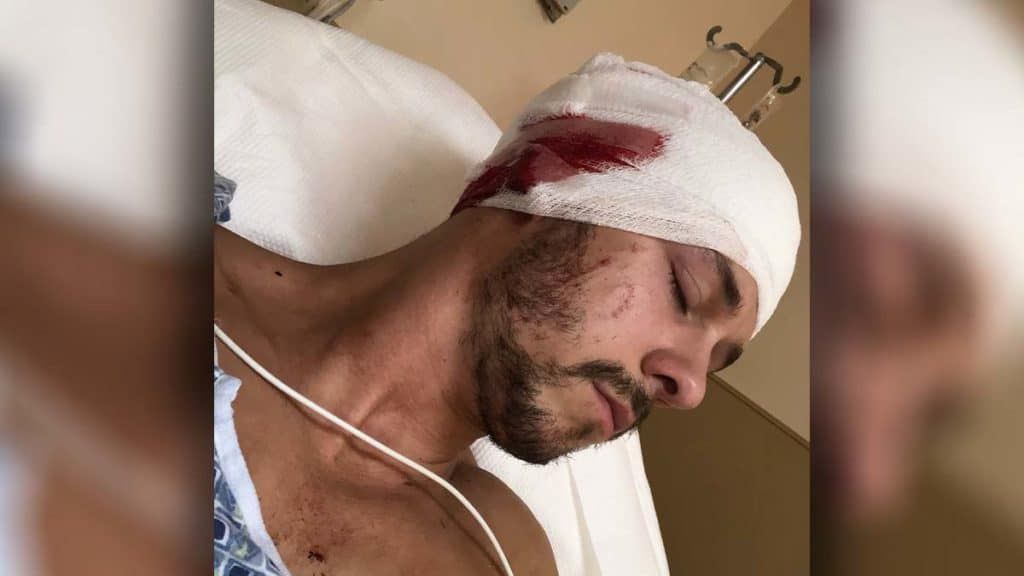 MYAKKA RIVER, Fla. – 25-year-old Jeffrey Heim had only been in the Myakka River for one minute before a gator snapped its jaws around his skull.

“You never understand the power of a wild animal like that until you’re in its mouth,” said Heim.

He frequently dives in Florida waters, looking for fossilized Megalodon shark teeth. A commercial spearfisherman, ethically sourcing shark teeth is his passion project. But Sunday, May 30th, that passion turned into pain.

“I come up for a breath and I felt like I got hit by a boat going 50 miles an hour,” said Heim. “Felt like a propeller to the head and it pulled me down.”

Heim quickly realized what struck his head, wasn’t a boat.

“I look up and the gator’s just looking at me about four feet in front of me,” said Heim. “Then he started coming at me. I just learned from dealing with sharks, you don’t wanna act like prey so you don’t wanna move too fast. So, I started slowly moving away.”

Heim was able to get out of the water before the gator could reach him again. Witnesses nearby called 911 and EMS arrived within minutes.

Heim said while the gator could have easily taken one of his limbs, his skull was strong enough to withstand the gator’s teeth, while protecting his brain. Had he been knocked unconscious by the blow, his story may have ended very differently.

“I think he hit me right in the perfect spot,” said Heim. “Someone was watching out.”

Even after the gator nearly killed Heim, he blames himself for what happened.

“I was in its territory,” said Heim. “I didn’t weigh the risk to the rewards. Technically it’s gator mating season, so this was probably a female protecting her eggs.”

Florida Fish and Wildlife Commission confirms a licensed nuisance trapper will work to remove the gator.

“FWC’s response to alligator bite incidents is to remove the alligator involved. FWC wildlife experts use sound methods and take only those alligators needed to resolve the risk to public safety. Analysis is conducted to ensure the responsible alligator has been removed.

Relocating nuisance alligators is not a feasible option for people or alligators. Relocated alligators nearly always try to return to their capture site. In the process of returning, they can create problems for people or other alligators along the way. If an alligator successfully returns, capturing it again would be necessary and usually more difficult the second time. For more information: https://myfwc.com/wildlifehabitats/wildlife/alligator/snap/

To help Heim pay for medical bills, visit his Go Fund Me page.