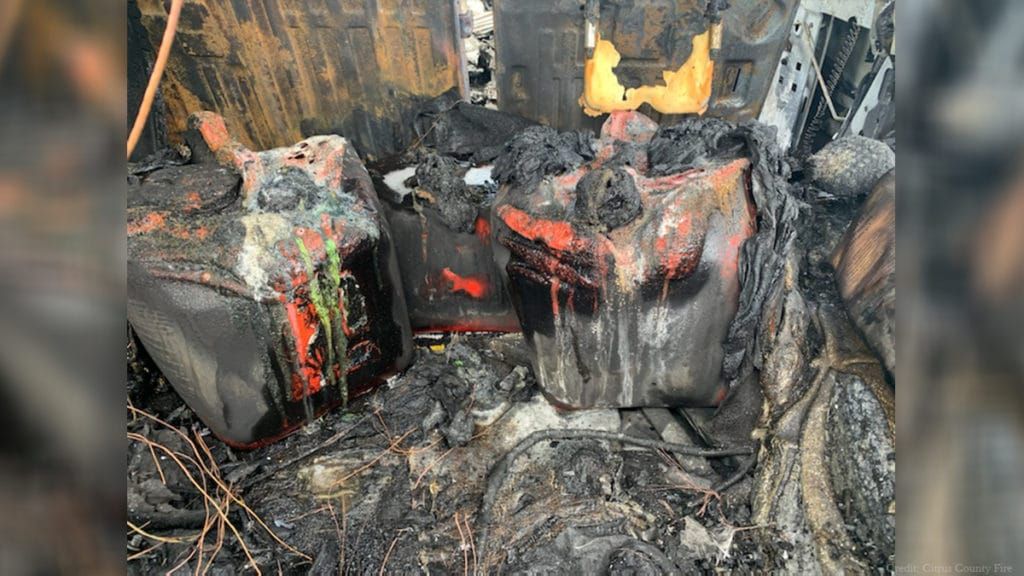 CITRUS COUNTY, Fla. – A driver’s car containing several full gas cans inside was destroyed after it caught fire on Wednesday in Citrus County.

Citrus County Fire Rescue received the call about the car fire at 10:52 a.m. in Homosassa.

The driver of the 2004 Hummer H2 had just filled up four, five-gallon containers of gas at the gas station and placed them in the back of the car before it burst into flames.

Fire crews said there was one injury but the person refused to be taken to the hospital against medical advice.

The Florida State Fire Marshal investigated the incident and the Florida Department of Environmental Protection was notified to coordinate cleanup of the fuel spill.

It’s unclear what the official cause of the fire was.