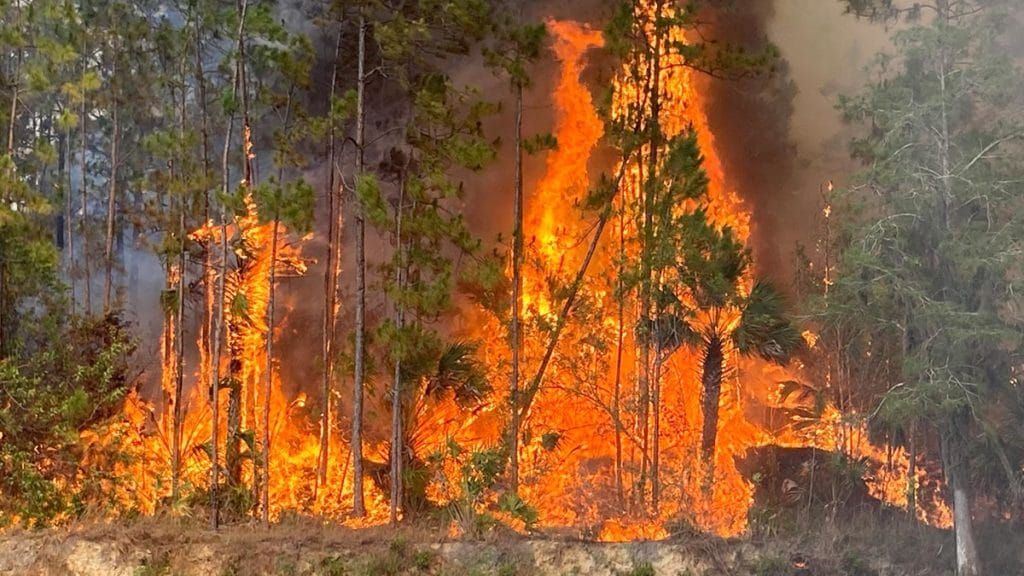 GOLDEN GATE ESTATES, Fla. – The brush fire in Golden Gate Estates reached 1,200 acres and is 20% contained as of Sunday morning as fire crews continue to extinguish the flames.

Officials with the Florida Forestry Service said one home was completely destroyed by the fire and three others were damaged.

The voluntary evacuations are on 12th, 14th, and 16th Avenue SE west of DeSoto Boulevard, CCSO said. They have also started evacuations for 12th, 14th, 16th, 18th, and 20th on both sides of Everglades Boulevard.

Evacuations also expanded west from 14th and 16th all the way to Woodland Grade, including The Tram as well as west to Tobias and north to Frangipani.

Originally tweeted by Briana Fernandez (@BrianaFernNews) on May 13, 2020.

The Florida Forest Service along with Greater Naples fire crews are responding to the brush fire. The fire is currently 20 percent contained and structures are currently in danger.

CCSO has activated its Real-Time Ops Center and Incident Management Team at headquarters to assist the ops and logistics for the Emergency Response Teams at the fire. All other areas near the fire should have a plan and be ready to act, the sheriff’s office said.

DeSoto Boulevard is closed south of Golden Gate Boulevard, according to CCSO.

This is a developing story.