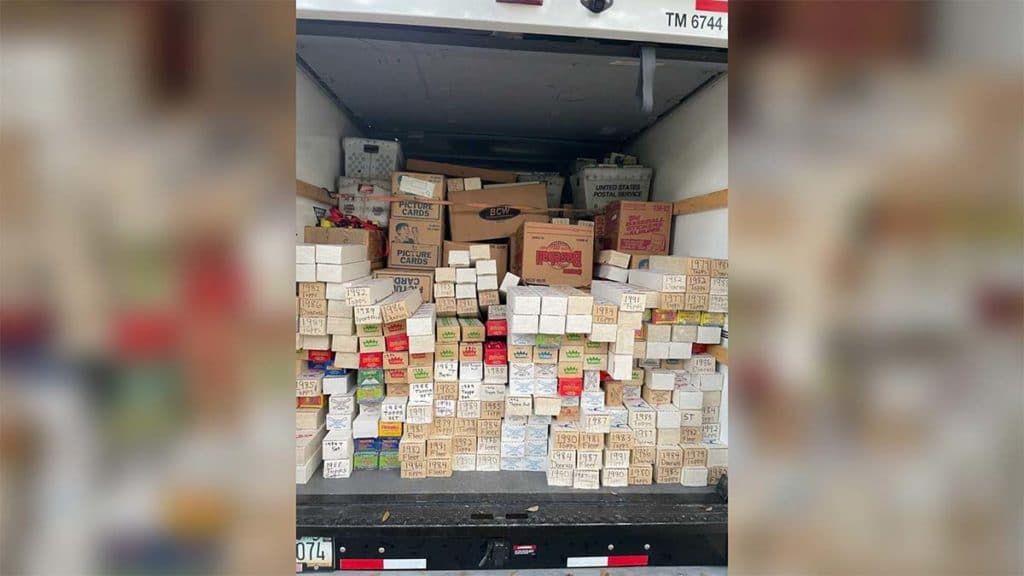 CNN – A Florida doctor who collected sports memorabilia for over four decades dating back to the 1880s left his family his $20 million collection when he passed away from COVID-19.

Dr. Thomas Newman, a neurologist, died following complications from Covid-19 in January, according to his wife, Nancy. He was 73. Now, his large collection is going up for auction.

He was such a wonderful, deep man with so many talents,” Nancy Newman told CNN. Besides being a family man, doctor and collector, Newman was a gifted musician and golfer, Nancy said.

Over the years, the Tampa doctor collected sports memorabilia, mainly baseball cards, and even traveled to attend conventions to find pristine items to add to his growing collection, CNN reported. Nancy said he would jokingly call the cards his “paper babies.”

His collection contains some of the rarest cards, and most are in near- perfect condition.

“One of the 1933 Babe Ruth cards (Goudey #53, PSA 9) in this collection is the finest known of its kind and we expect it to break the record of $5.2 million for any sports card,” said JP Cohen, president of Memory Lane Auctions, in a press release. “Prices for rare, historic items have exploded in the collectibles market.”

The auction house in Tustin, California, is handling Newman’s estate collection that has over 1,000 vintage and modern baseball, football and hockey trading cards and other sports memorabilia, including a baseball signed by Babe Ruth. The world’s largest collectibles certification company, Professional Sports Authenticator, authenticated and graded the collection, according to the release.

“The Thomas Newman collection exhibits the kind of depth and level of quality that are rarely achieved,” said Joe Orlando, chief executive officer of Collectors Universe, in the release. “During his lifetime, Dr. Newman was a custodian of some of the most historically important cards, the iconic pillars of our hobby.”

Other featured items in the auction include: a 1952 Mickey Mantle rookie card, which is expected to sell for more than $1 million; cards of Ty Cobb, Lou Gehrig, Honus Wagner and Ted Williams; and World Series program books dating back to 1903, CNN reported.

The collection filled up an 18-foot U-Haul truck, Cohen said.

“My dad began collecting in the early 1980s starting with baseball cards from 1957 and 1959 when he was ten to twelve years old,” said his son, Stewart, in a news release from the auction house. “Those were replacements for the treasured cards of his youth that he kept in shoeboxes as a youngster and that his mom later threw out.”

The online public auction will begin on June 21 and end on July 10. Items are listed from the hundreds to the millions, Cohen said.

“Collectors now will have a once-in-a-lifetime opportunity to add a piece of his legacy to their collections,” said Orlando.

The post Florida doctor who died of COVID-19 left his family a sports card collection worth $20 million appeared first on NBC2 News.