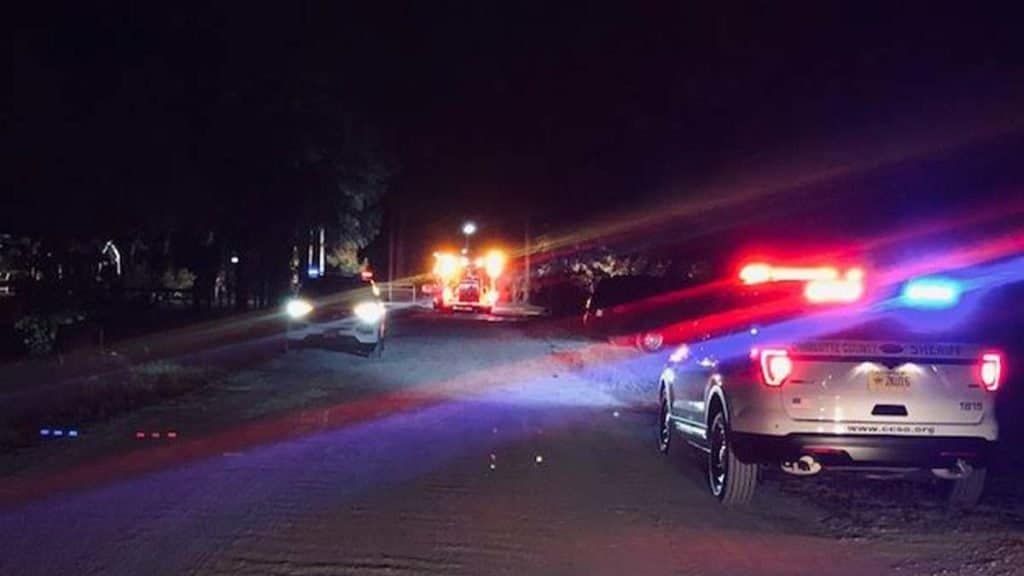 Flames tear through home, cause brush fire in Punta Gorda

PUNTA GORDA, Fla. — Firefighters rushed to a home that was engulfed in flames on Austrian Boulevard Wednesday night, officials said.

Rescue crews were dispatched to a house fire around 10:30 p.m., a spokesperson for Charlotte County Fire & EMS said. When crews arrived, the home was fully engulfed in flames.

The family inside the home made it out safe and no injuries were reported, the spokesperson said.

Embers from the house fire sparked a nearby brush fire, officials said. Fire crews worked quickly and were able to extinguish both fires, but the home was later determined as a total loss.

The fire marshall is investigating what caused the fire to break out.