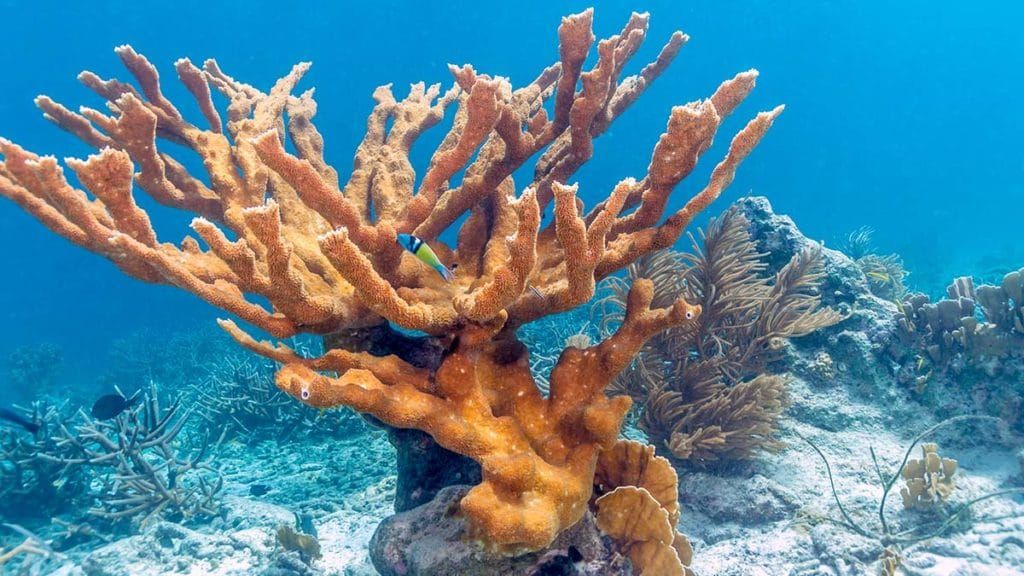 Divers re-plant corals that once flourished in Florida Keys

RAMROD KEY, Fla. — A coral species that once thrived, but died as a result of coral bleaching is being reintroduced to Florida’s Coral Reef.

If you’ve ever snorkeled or dived in the Florida Keys in the 1970s or 80s then you might remember seeing swaths of impressive elkhorn corals.

Elkhorn coral thickets were historically abundant until recent years, when they died off due to disease and bleaching events, according to researchers with the Florida Fish and Wildlife Coral Research Program.

The species of coral was nearly wiped out of population and Florida reefs haven’t looked the same since, researchers said.

Now, efforts to restore these corals to their former glory are underway as FWC partners with Mote Marine Laboratory & Aquarium.

As part of the restoration project, scientists will collect eggs and sperm from adult corals during coral spawning events and fertilize them in the lab. The corals will be raised in “nurseries” until they grow large enough to be reintroduced back onto a reef.

The corals from the most recent project were raised by Mote Marine scientists. To simplify outplanting, the corals were grown on individual pucks. Each tray contains a different genetic variety of elkhorn coral.

To plant the coral, the divers used plastic cattle tags to mark where the new growths would go. Then, they used underwater drills to make shallow holes in the existing reef.

Epoxy is put on the bottom of each coral puck and then the coral scientist will gently push it into the drilled holes, securing it to the reef. The epoxy oozes out and dries along the reef bottom which ensures a solid attachment to the reef.

As the corals grow, they use the epoxy to expand along the reef.

Once all the corals are planted, researchers will monitor how fast they are growing. After a while, scientists will be able to compare the growth rate of pucks planted near adults and those planted away from adults.

The post Divers re-plant corals that once flourished in Florida Keys appeared first on NBC2 News.