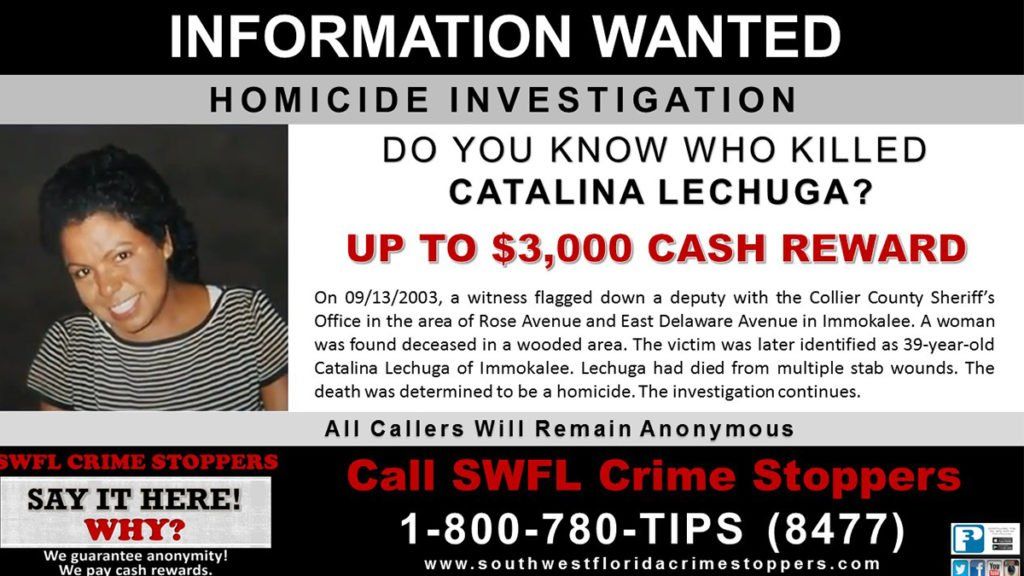 IMMOKALEE, Fla. – Investigators are asking for information on an unsolved Collier County murder from nearly 18 years ago.

According to Southwest Florida Crime Stoppers, the body of Catalina Lechuga was found near Rose Avenue and East Delaware Avenue in Immokalee in 2003.

A deputy with the Collier County Sheriff’s Office discovered the 39-year-old’s body in a wooded-area after they were flagged down by someone who found the body, officials said.

Authorities are asking anyone with information on the woman’s death to contact the Collier County Sheriff’s Office or SWFL Crime Stoppers at 1-800-780-TIPS.