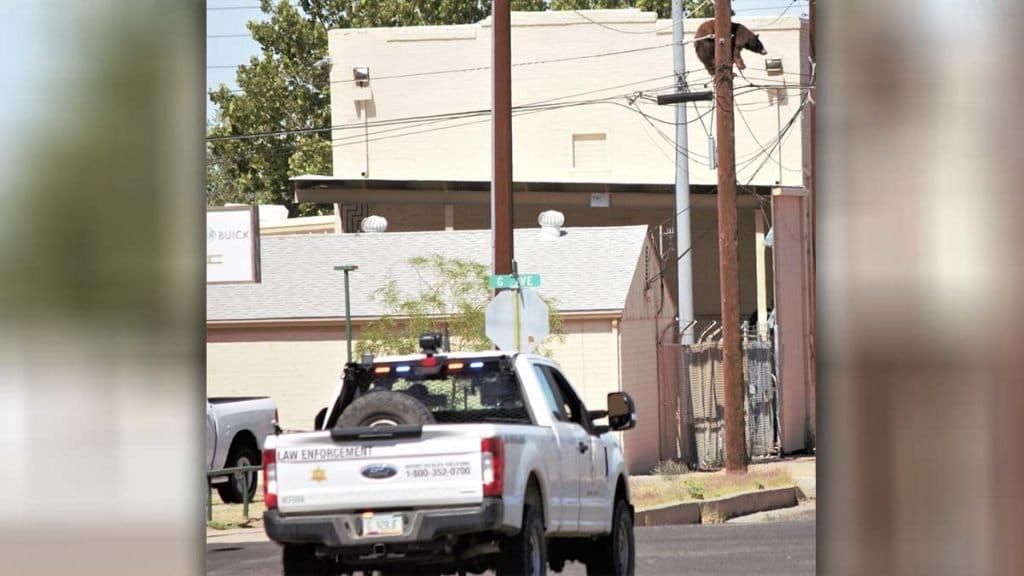 DOUGLAS, Ariz. / AP — Residents of an Arizona border city were left in awe after a surprise visit from a bear.

The bear appeared on Sunday in downtown Douglas, officials with the Arizona Game & Fish Department said.

Bolder than the average bear, it climbed up two utility poles and sat on some wires high above the ground.

State wildlife officials, Douglas police, the Cochise County Sheriff’s Office and U.S. Border Patrol closed off U.S. Hwy 191 while trying to get the bear to leave.

The seemingly unfazed bear eventually climbed down and ran off, sending about two dozen onlookers scattering to safety.

No injuries were reported.