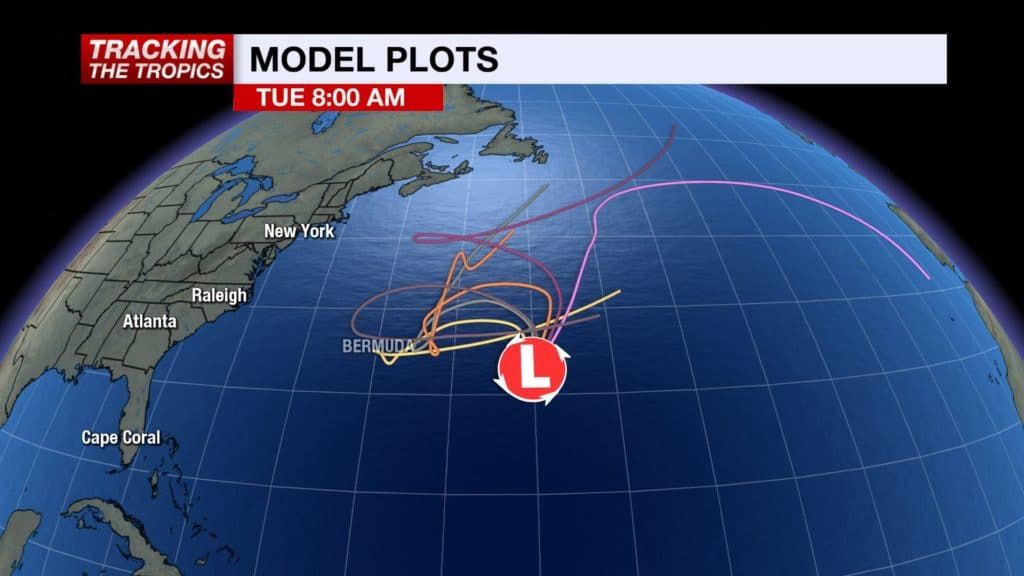 ‘Ana’ expected to form in the Atlantic

The NBC2 First Alert Hurricane Tracking Team continues to monitor an area of low pressure in the Atlantic, which is showing signs of becoming better organized and could develop into Subtropical Storm Ana in the next two days.

The good news is the storm will stay out to sea and will not be a threat to Florida or the U.S. mainland. Likely soon-to-be Ana will make a west-to-south loop over the next couple days near Bermuda before getting scooped up by a cold front forecast to move off the U.S. East coast this weekend.

If it strengthens enough into a Subtropical Storm, the first name on the list is Ana. Early forecasts indicate that Hurricane Season 2021 will be more active than normal. NOAA, the National Oceanic and Atmospheric Administration, is releasing their official forecast today at 12:30 p.m., so you can count on NBC2 to bring you that forecast.

If Subtropical Storm Ana were to develop, it would be the 7th year in a row that a named storm formed before June 1.

The post ‘Ana’ expected to form in the Atlantic appeared first on NBC2 News.