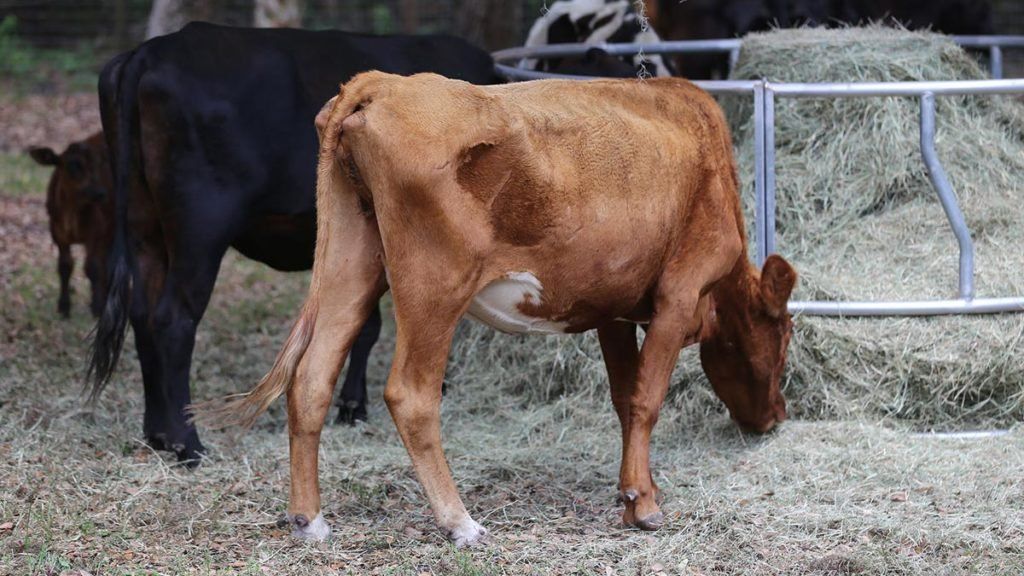 A local rancher in rural Sarasota County told deputies with the agricultural unit about possible animal neglect happening at the intersection of Lorraine and Fruitville Roads. Deputies found 33 cattle, including several calves, on the property without access to food or water.

One of the cattle was found dead on the property, according to Sarasota County deputies.

The Collier County Sheriff’s Office confirmed its agricultural unit assisted with rescuing a pregnant cow found in the seizure.

The cow had been on the ground for 48 hours and need to get up as soon as possible, according to Collier County deputies. Collier’s agricultural deputies with the Region 6 Technical Large Animal Emergency Rescue Team responded to help get the cow standing on her own.

The Lee County Sheriff’s Office also helped relocate the pregnant cow, and Collier County deputies said she is on the road to recovery.

The property the cattle were found on was mainly dirt with little to no vegetation, according to Sarasota County deputies. The standard for care for large cattle is two acres per animal, the 33 cattle were sharing only 11 acres total.

All of the cattle were taken to SCSO’s Animal Services facility where they now are roaming in a large pasture with access to food, water, and medication. Several of the cattle appeared to be severely malnourished with visible spines and bones.

SCSO is working to get a verified petition which will give the sheriff’s office full custody of the animals. Deputies said in the meantime, they are seeking to prohibit the owner from owning any animals in the future.

Sarasota County deputies confirmed they are familiar with the owner because they have warned him and issued 11 citations since 2017 for allowing his animals to get loose. The investigation into the care and possible neglect and cruelty toward these cattle is active.