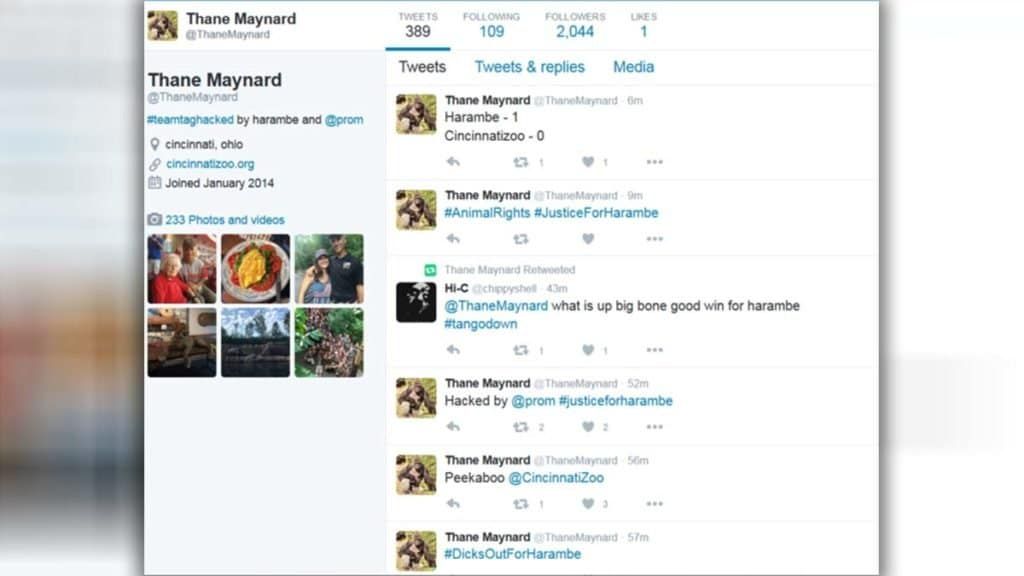 2Day In History: Harambe the gorilla shot after kid falls into enclosure in 2016

CINCINNATI, Oh. — It’s been five years since Harambe the gorilla was shot and killed in his enclosure at the Cincinnati Zoo in Ohio.

On May 28, 2016, a three-year-old boy climbed through a public barrier and dropped 15-feet into Harambe’s enclosure.

Zoo staff and rescue crews with the Cincinnati Fire Department quickly arrived to the scene. Harambe was allegedly violently dragging and throwing the child, according to an incident report.

The Zoo’s Dangerous Animal Response Team made the decision to shoot the gorilla, in order to save the boy.

After being rescued from the enclosure, the child was taken to Children’s Hospital Medical Center to be treated for his injuries.

Gorilla World opened at the Cincinnati Zoo in 1978, and this was the first and only time there was a breach.

Harambe’s killing sparked outrage on the internet with PETA claiming the gorilla was killed due to “others’ negligence.”

The shooting also caused a slew of internet memes to run rampant on social media sites like Twitter and Vine.

Months after the incident, the Cincinnati Zoo released a statement regarding the memes surrounding Harambe’s death:

“We are not amused by the memes, petitions and signs about Harambe. Our zoo family is still healing, and the constant mention of Harambe makes moving forward more difficult for us. We are honoring Harambe by redoubling our gorilla conservation efforts and encouraging others to join us.”

The Cincinnati Zoo is home to ten western lowland gorillas. They support wild gorilla conservation efforts like the Mbeli Bai Study in Nouabalé-Ndoki National Park in the Republic of Congo.

The post 2Day In History: Harambe the gorilla shot after kid falls into enclosure in 2016 appeared first on NBC2 News.