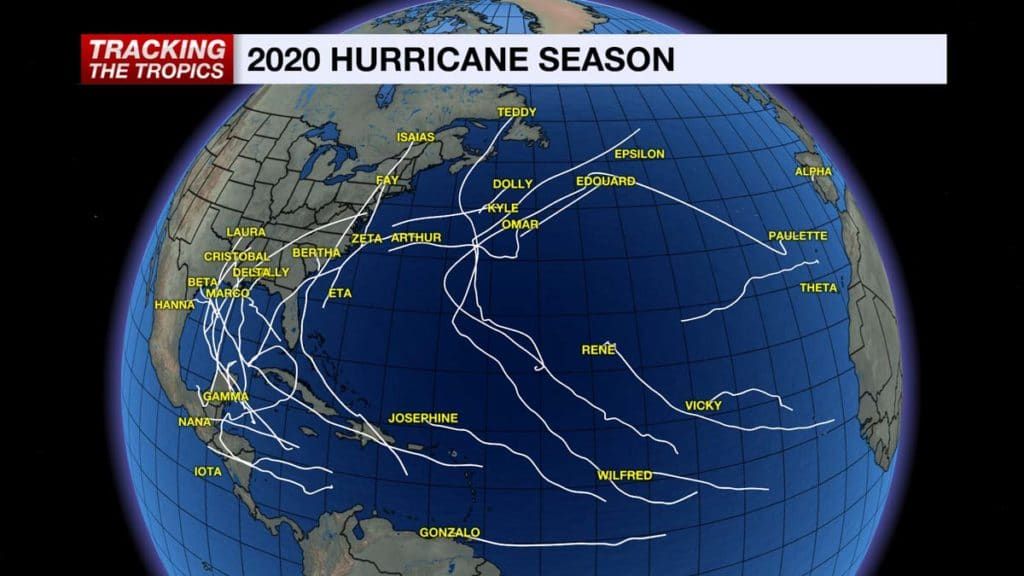 After each hurricane season, the National Hurricane Center (NHC) does a detailed review and write-up of each storm that formed. Occasionally, data from this analysis will yield an upgrade or downgrade in strength for a storm.

The 2020 Atlantic hurricane season saw a record breaking 30 named storms, more than the 2005 season when Katrina formed.  One of the records from 2005 that remained unchanged was the number of major (category 3+) hurricanes.

However, that record is now tied with 2020 following a report Tuesday from the NHC which suggested that Hurricane Zeta reached category 3 strength just before making landfall in Louisiana last October.

Not only does this upgrade tie the record from 2005, but it also now breaks a new record for the latest landfalling major hurricane in the contiguous United States. Zeta’s landfall on October 28 beat the old record set by the Tampa Bay hurricane of 1929 by three days.

Hurricane Zeta was directly responsible for five deaths in the United States, over 75 injuries, and approximately $4.4 billion in damage.