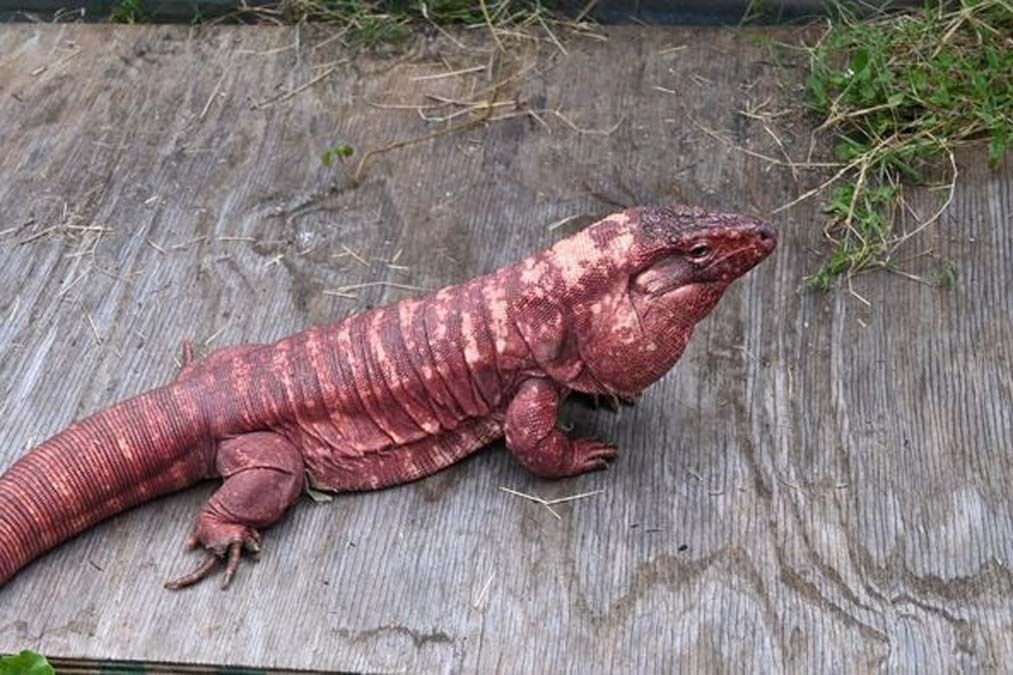 PUNTA GORDA, Fla. – Fourteen large lizards were stolen from a Punta Gorda reptile facility on Monday night, according to the Florida Fish and Wildlife Conservation Commission.

Some of the reptiles measure up to 5-feet in length, like Hellboy, who is 56 inches long. Six of the tegus taken were females who are ready to lay eggs — one of them was stolen while she was in the middle of laying eggs, Hardin said.

Jesse’s Jungle breeds reptiles in Punta Gorda, but Hardin works with partners all over the world. He said he has had some of the tegus for more than a decade, and his job at the facility is his livelihood.

According to a Jesse’s Jungle Facebook post, cameras were pointed at the tegu cages at the time of the theft.

“We have given a VERY short list of the names [to investigators] of every person who has been here since I moved in. If you return our animals by Friday may 21 st 2021 no charges will be filed,” the post read.

Hardin reported the theft to the Charlotte County Sheriff’s Office, which is now investigating the theft. FWC was also notified.